If you’ve heard this before or not, let us tell you that underwater data center is actually the future of cloud computing. That’s right and today, we’re going to state the facts to help you believe that. 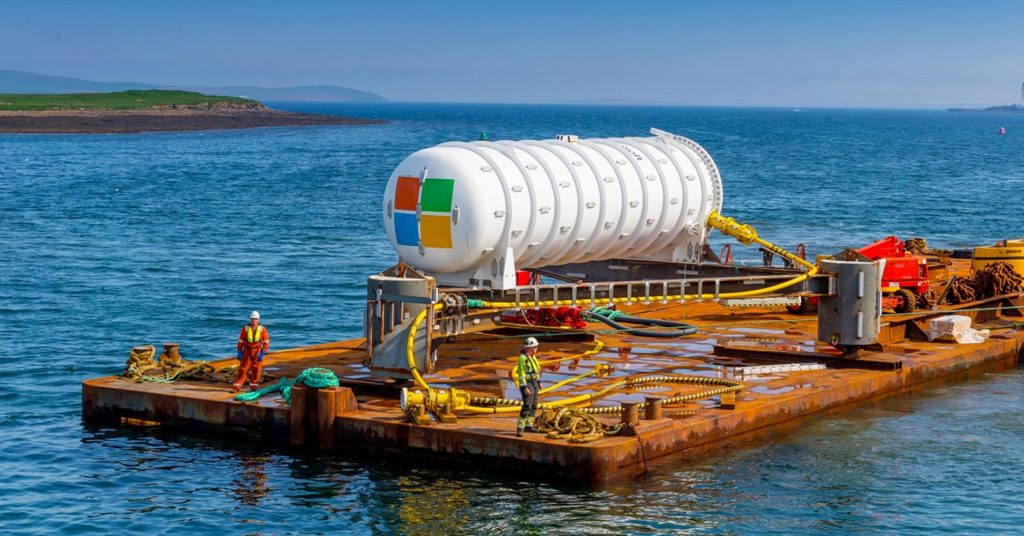 In this era where cloud computing is an indispensable part of any software solutions provider company, the demand to migrate to the cloud has flared up at a very similar rate. This widespread tilt towards cloud computing is also backed by some astonishing numbers!

Must Read: Multicloud is the New Mainstream

– The market cover for cloud services will reach up to $623.3 Billion by 2023.
– 90% of companies have already adopted cloud computing to reap the benefits of lower cost and faster delivery of services.
– According to Canalys, the collective cloud computing market share held by Microsoft, Amazon, and Google is 57% .
– According to an estimate by Synergy Research Group, we’re most likely to witness an increased spending for the development of cloud computing infrastructure, that too by nearly 25%. This translates to $17 Billion.

These numbers surely clears the air about cloud computing being in demand but let’s get to more findings from Sean James’ research paper. Yes, that’s the one that tells us how underwater data centers are the future of cloud computing.

Also Read: Facts About Web Development You Must Know

Well, it all started with a research paper that was published by a Microsoft employee named Sean James who also served the military for 3 whole years. That said, he was quite familiar with certain advanced electronic deployements beneath the sea bed and had a bizzare concept that data centres could be hosted in waterbodies.

As weird as that sounds it’s actually equally true. Microsoft pursued this idea by Sean James right one year after the article was published, but only as an experiment. The first phase of the Natick project was to deploy a subsea submarine. The set was 10 by 7 feet in size and weighed about 38000 pounds. It was created to be on the job for 3 months but the bottom line was that the goal was to examine the option’s viability.

In the first part of the project, Natick’s success was a strong indication that Microsoft would move forward with the second phase. The stakes were higher this time since the mission would be longer. Orkney, Scotland was chosen as the location for a full-fledged data center with 12 racks and 864 servers. That’s right. Orkney is a popular destination for renewable energy research which makes it the best choice of site to become a huge success. The nine-mile-per-hour tidal currents and waves that reach 10-60 feet high make this experiment all the more intriguing to evaluate the economic viability of a data center powered by a grid system.

Now you must be wondering why do we need to switch to an underwater cloud center. Well, here’s a quick summary that can answer this question:
– Scarcity of space above ground.
– Increased effectiveness due to fewer failures.
– Serving more customers for less money.
– There will be less strain on clean water resources as Microsoft aims to being carbon-negative by 2030.

Recommended Read: What is Digital Integration and Why is it Important?

What are the best operational strategies for isolation in cloud computing?

Is Digital Demand Setting Course for the Next Stage of Cloud Computing?