We’ve all heard of the concept of cloud computing, yes. But, what is grid computing? It’s basically a group of networked computers that work together as a virtual supercomputer to perform large tasks including analysing huge sets of data or weather modelling, etc. 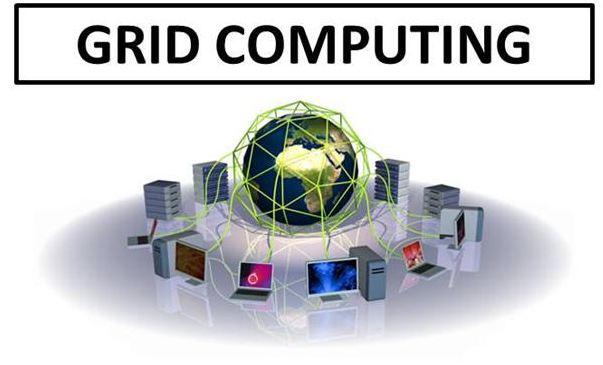 Grid computing is the practice of leveraging multiple computers, often geographically distributed but connected by networks, to work together in order to accomplish joint tasks. It is typically run on a “data grid,” a set of computers that directly interact with each other to coordinate jobs.

Must Read: Why is Hybrid Cloud Important for Organizational Growth?

It can also be seen as a form of Parallel Computing where instead of many CPU cores on a single machine, it contains multiple cores spread across various locations. This concept of grid computing isn’t new, but it is also not yet perfected as there are no standard rules and protocols established and accepted by people. But unlike with parallel computing, grid computing projects typically have no time dependency associated with them. They simply use computers which are part of the grid only when idle and operators can perform tasks unrelated to the grid at any time. That said, security must be considered when using computer grids because controls on member nodes are usually very loose. Similarly, redundancy should also be built in as many computers may disconnect or fail during processing.

Also Read: Is Cloud Nationalism the Future of Cloud Computing?

How Does Grid Computing Work?
Grid computing works by running specialized software on every computer that participates in the data grid. The software acts as the manager of the entire system and coordinates various tasks across the grid. Specifically, it assigns subtasks to each computer so they can work simultaneously on their respective subtasks. Once that is complete, the outputs are gathered and aggregated to complete a larger-scale task. The software lets each computer communicate over the network with the other computers so they can share information on what portion of the subtasks each computer is running, and how to consolidate and deliver outputs.

It is through the cloud that one can assemble and use vast computer grids for specific time periods and purposes, paying, if necessary, only for what you use to save both the time and expense of purchasing and deploying the necessary resources yourself. Also, by splitting tasks over multiple machines, the processing time is significantly reduced to increase efficiency and minimise wasted resources.

Conclusion: Grid computing is a procedure that has proved to be a boon for nearly all sectors in the industry. It makes work easier and gets it completed quickly while simultaneously ensuring that work can be done by different individuals, even from remote locations. This has also led to an increase in the quality of contents and data.

What is Hadoop Technology?

The Impact of Cloud Computing on Traffic Management Systems